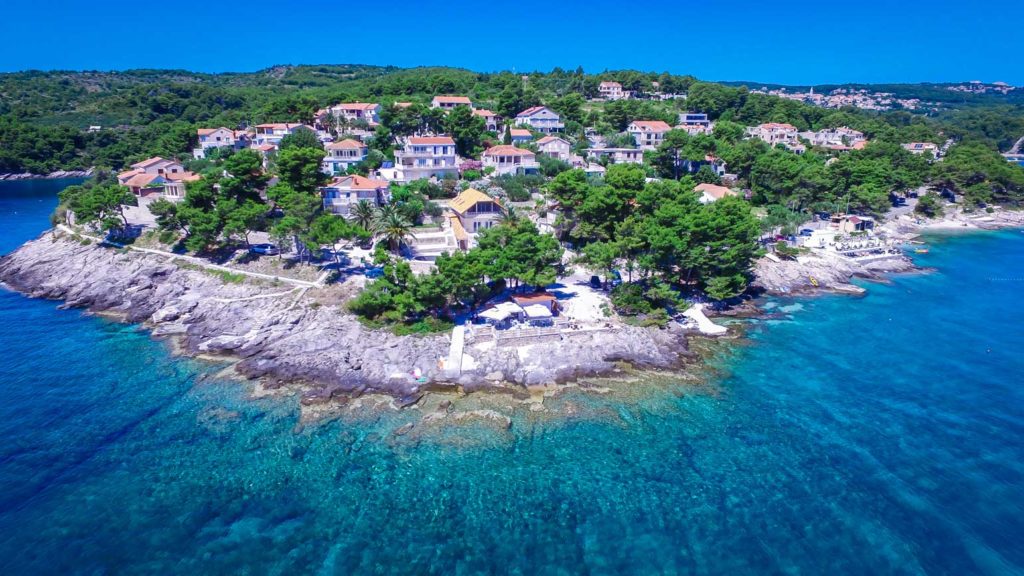 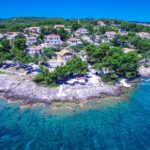 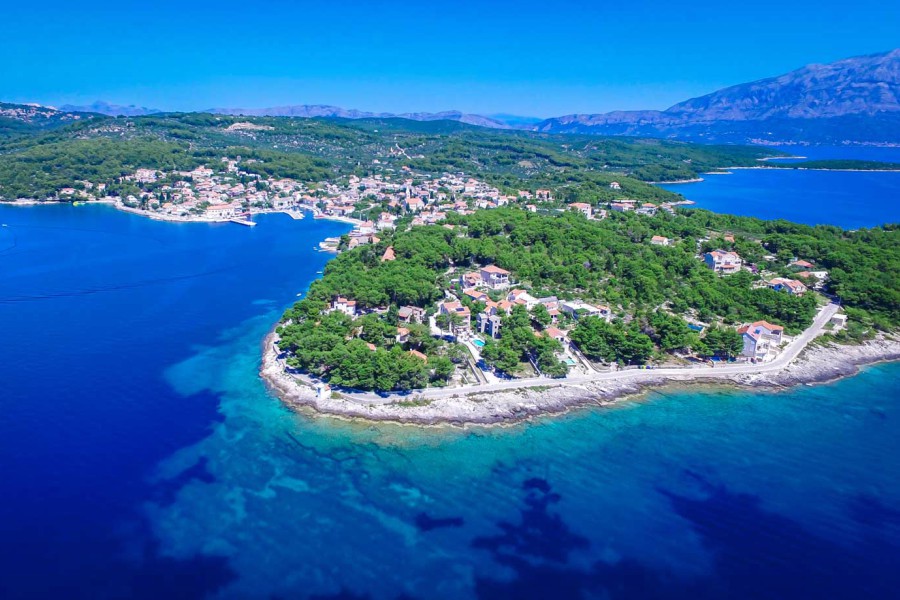 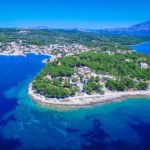 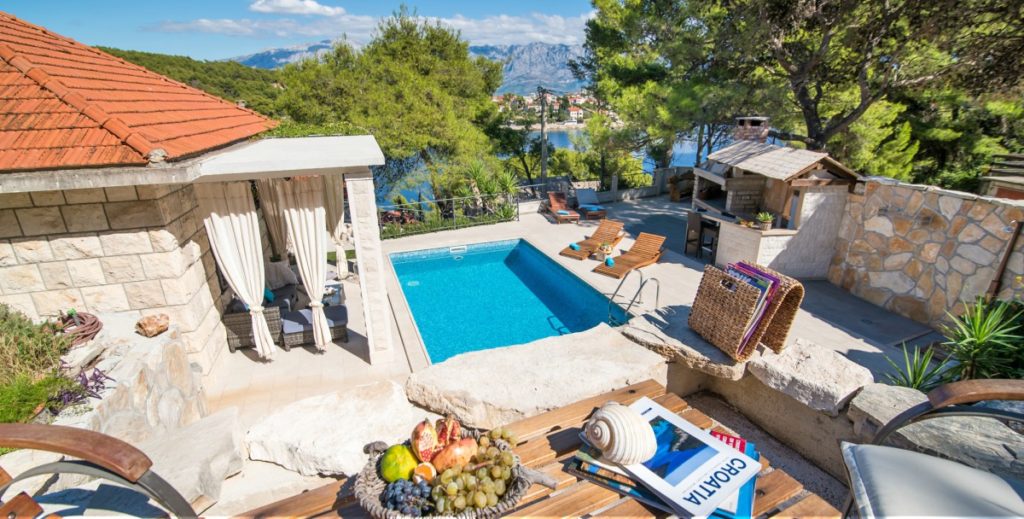 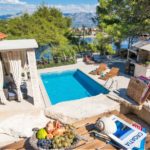 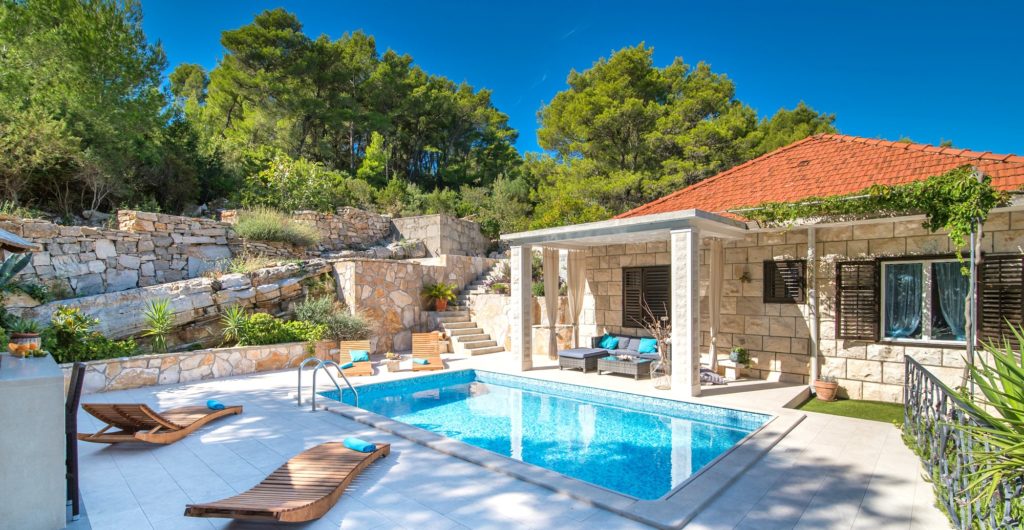 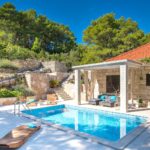 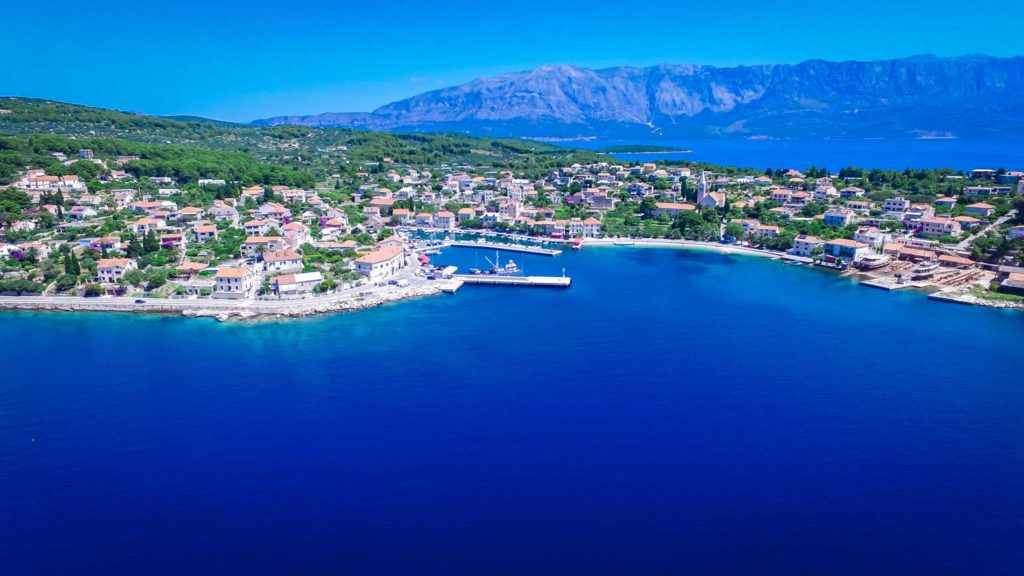 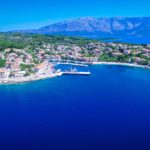 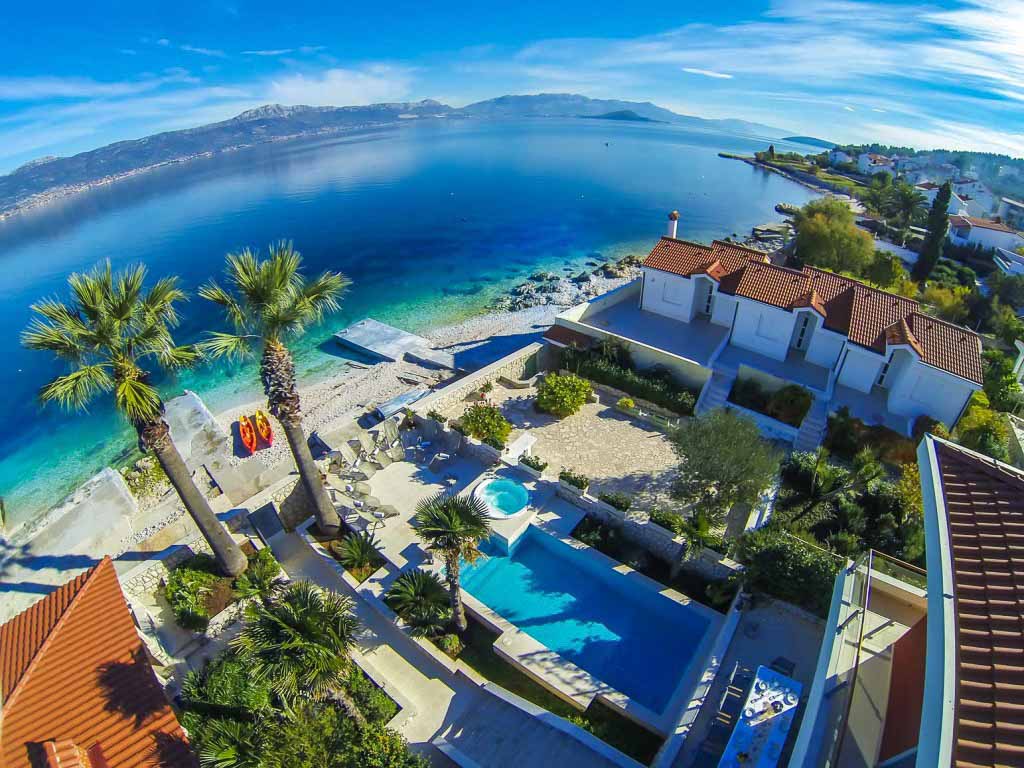 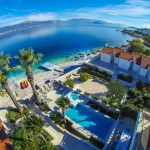 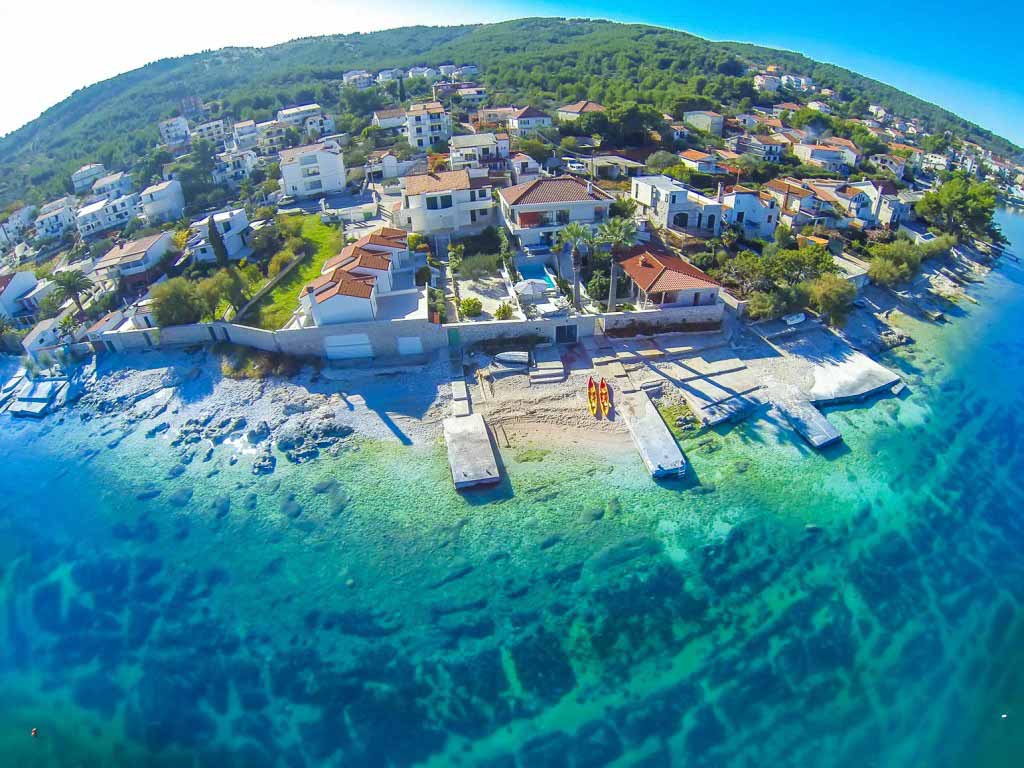 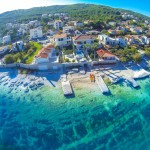 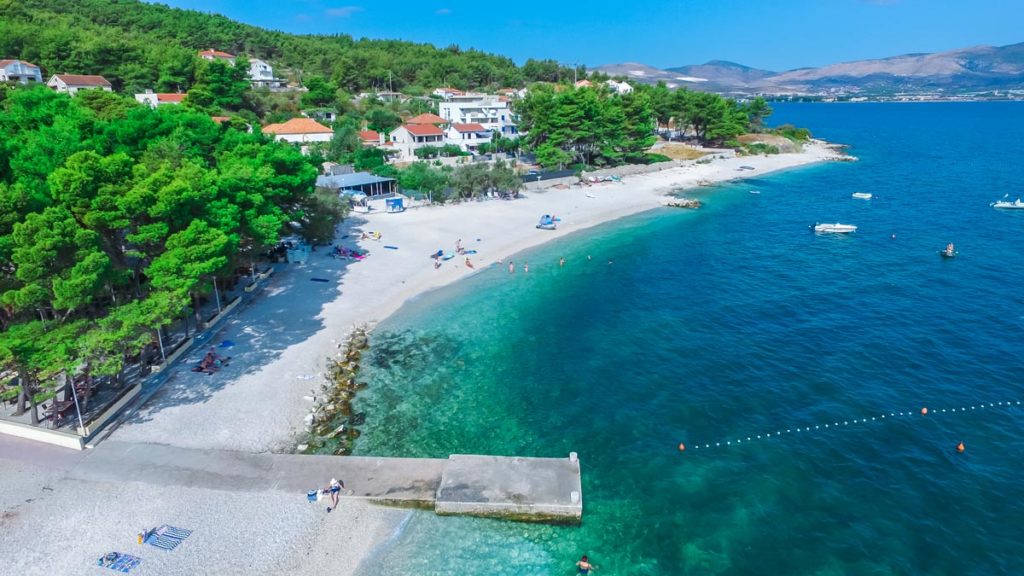 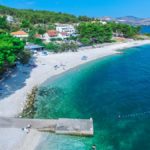 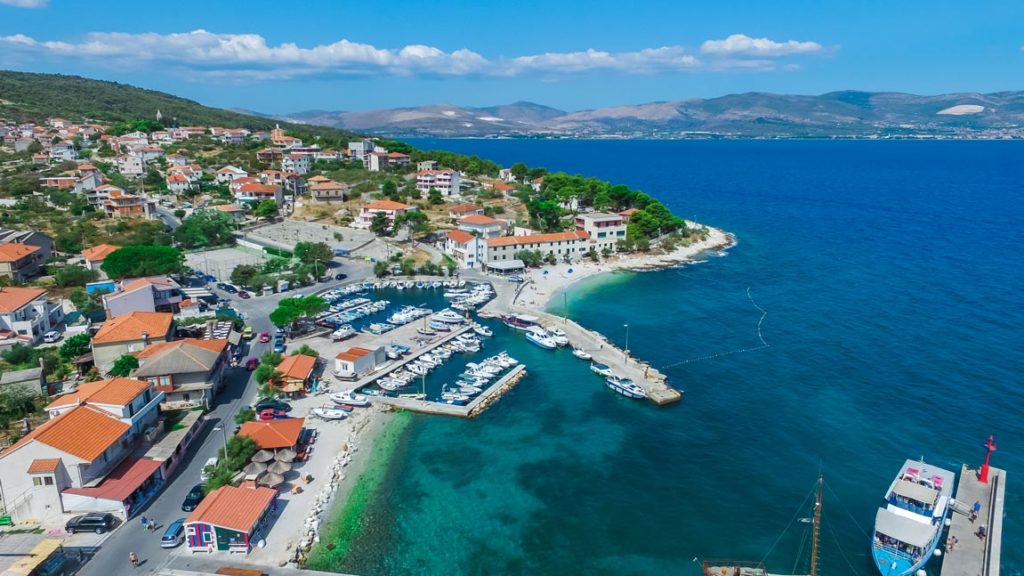 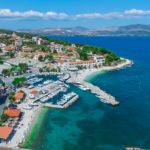 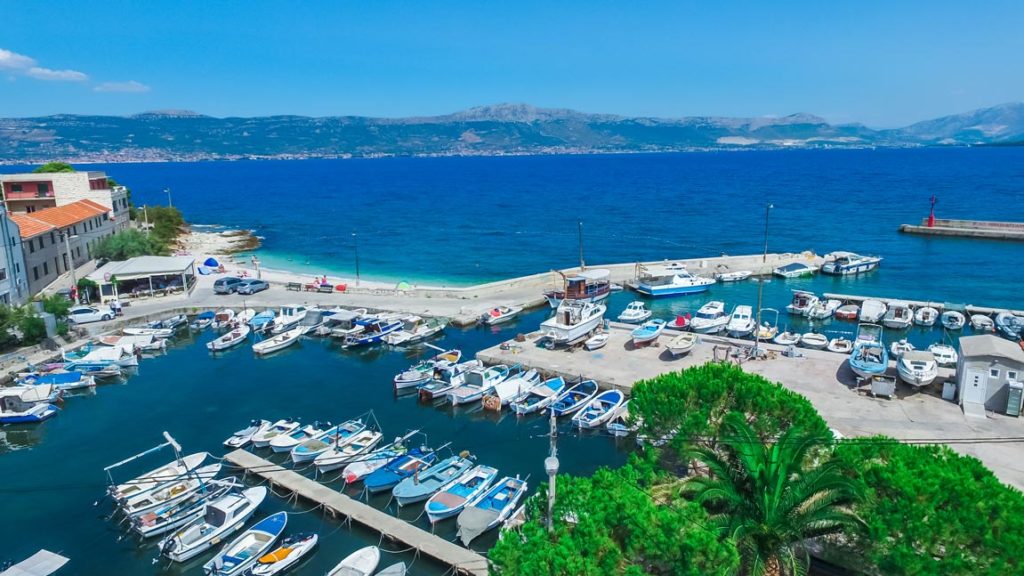 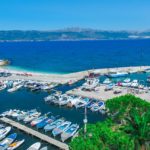 Inspiring Locations on the Croatian Coast for a Spring Villa Holiday

Chasing the Sun – Sublime Croatia holiday locations for May Half Term Sunshine – Summer comes early to the Croatian coast – We are often out in Croatia during the Spring-time doing photo-shoots of new villas in Croatia which is certainly a fantastic perk of the job!

May marks the start of the summer season in Croatia as the sun starts properly beating down this month with gorgeous warm days. Temperatures are usually in the mid 20’s and everything springs into life with beautiful flowers everywhere. By the end of May, the mercury has usually risen to around 30 degrees so May is a month where Croatia literally hots up. And of course the temperature doesn’t tend to go below that level again until the end of October!

If you’re getting away this May for the half term break, check out Brac Island just 50 minutes island hop from the Old Town of Split. Sumartin Bay is a quaint little town on one end of Brac Island with a cute little harbour that you arrive into, complete with colourful bobbing boats. There are several restaurants around the bay that you enjoy scrummy local, organic fare and there is a beach every 100 yards to flop down onto when the going gets tough! Sumartin has breathtaking views of the mainland coast and it’s easy to get around the island from here so perfect for exploring with the kids. You can also catch the ferry across from Makarska to make things interesting.

Where to Stay? Villa Sinatra on Brac Island is flexible with start days which is great news for bagging the best flight deals. This is a good value family villa which has 3 bedrooms but you can also make one of the two living rooms a bedroom and get 4 bedrooms if you wanted. This villa is situated just around the bay from main part of the town and harbour, just s short wander away and there is also a beach bar and restaurant yards from the villa itself. Villa Sinatra is £1,799 – £1,999 from 19th -26th May & 26th May – 2nd June.

The Split Riviera has sky rocketed in popularity in the last two years and no wonder – easy to get to via Split Airport and with a wealth of things to do in the vicinity like the Krka Waterfalls, the Roman Palace in Split Old Town itself, the beautiful UNESCO Trogir Old Town and the numerous gorgeous little beachy towns and villages up and down its coast. It’s great for families or groups who want to arrive and get on the beach right away. One of our most popular villas, Palm Tree Villa, in Slatine Bay has one week left now in May – £3,299 for the week of 18th – 26th May.