There are some lovely rustic villas in Croatia – from Dubrovnik’s Konavle region just south of the beaches of Cavtat Bay, to the region of Istria in the north of Croatia which is often referred to as ‘Croatia’s Tuscany’. Following hot on the trail of Istria but in the southern, Mediterranean part of Croatia, Konavle was traditionally the area of the rich landowners and is now Dubrovnik’s lush wine and olive growing area. With a burgeoning gastro-trail opening up in the form of gorgeous domestic, organic eateries, and the redevelopment of it’s beautiful old stone summer houses, it is the new place to find a sumptuous rustic villas in Croatia. 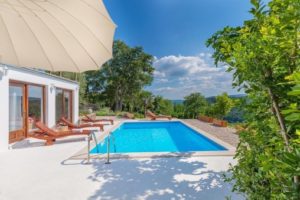 A private and secluded villa away from the crowds and the stress of working life – if you hate neighbours and holiday makers this is the place to get away from them all, and it’s a perfect base to explore this beautiful region, perched on a hilltop, set on a spectacular private estate of four hectares of woods (famous for truffles), and boasting far reaching views of valley, hills and the medieval cities of Pican and Gracisce. 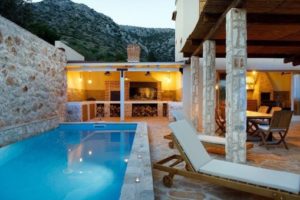 A lovely eco-hideaway within easy reach of Hvar town

Hiding away in a little cove just 6km from Hvar town, glorious Villa Gretel has some amazing sea views as it looks directly out to sea, yet tucked into its own little niche and surrounded by nature, it’s just a little piece of heaven. 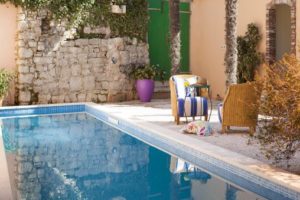 Villa Jelsa is a beautiful luxury Jelsa villa which retains the marvellous character of the original old house whilst completely updating it to a high standard – set in a central location, you are close to the sea, restaurants and shops. 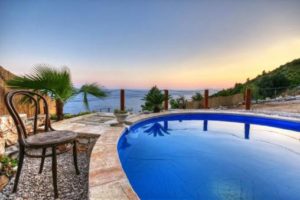 Set in a verdant area with lovely sea views

Set above beautiful bays, with the bluest water, Villa Celina is perched on this Hvar island hillside – this 300 year old stone house makes an ideal retreat. 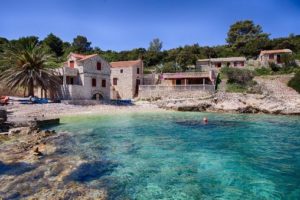 Tranquility in a beautiful location beside the beach

If you are looking for a Vis villa – tranquility in a beautiful location beside the beach, then Villa Silente is for you – the villa has pretty much everything you need, with all the mod cons you’d expect, but you only need share the bay with a couple of neighbours!

The Konavle region of the Dubrovnik Riviera is a haven for rustic villas in Croatia as it was once the area where the rich landowners of the Dubrovnik Republic had their beautiful summer houses. It retains its high end air with wonderfully picturesque cypress trees, very reminiscent of Italy with vineyards and olive groves covering much of its surrounding areas. Konavle runs down the coast just south of Cavtat Bay and has some impressive and pretty beaches like at Pasjaca and Molunat whilst not being far from those in Cavtat itself.

There are also some beautiful rustic villas in Croatia on the Dalmatian islands such as Hvar Island, Brac Island and Korcula Island – these Croatian islands are retain their provincial air and, of course, this authenticity is what is so attractive about them. Ask us to recommend some ideas…

The Istrian Peninsula is the continental part of Croatia and is well known for its rolling hills, green countryside and pretty hilltop villages. There are lots of lovely locations in traditional villages in the countryside and also on the sea but most of the rustic villas in Croatia are more inland. They are mostly old stone and built in the traditional style with large gardens and pools so if you are more focused on the villa rather than the location, and like traditional and rustic, then this area would certainly be worth a look. Obviously with more rustic villas the locations do tend to be more inland and less on the sea and this is the case in Istria – you would be likely to need a car with many of the rustic villas in Istria but are never too far away from the coast since it Istria is a peninsula so there is coast all around. There are also rustic villas in Croatia closer to the coast here too but they do get booked early due to their good locations so worth booking ahead of time.