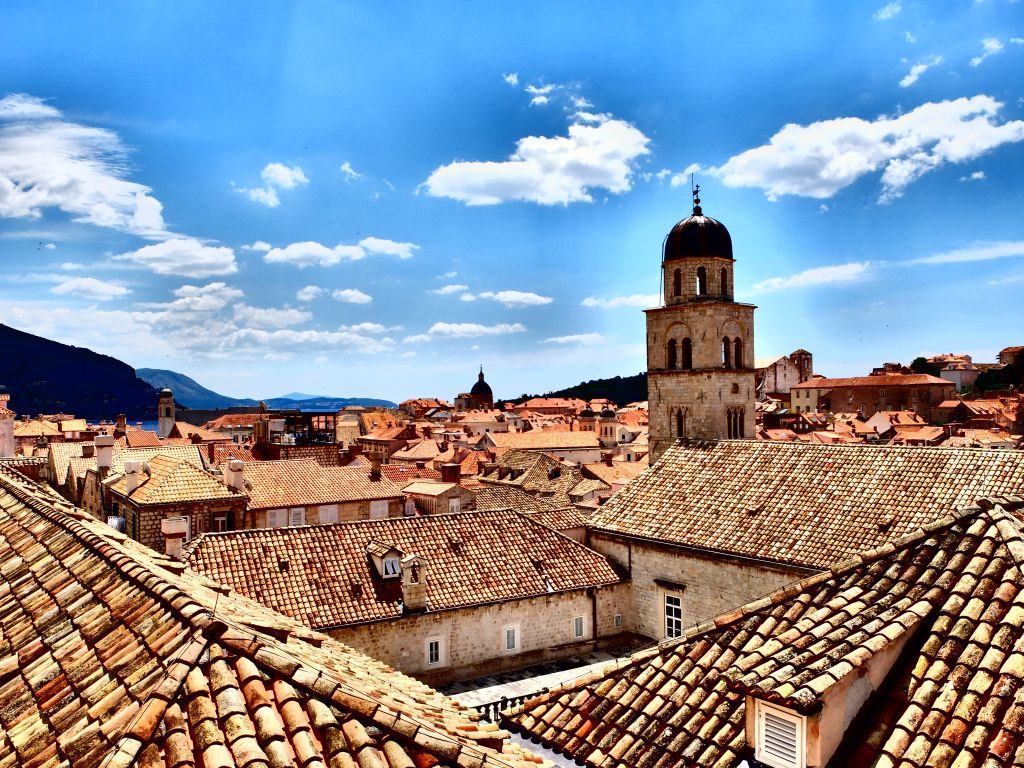 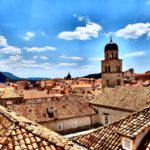 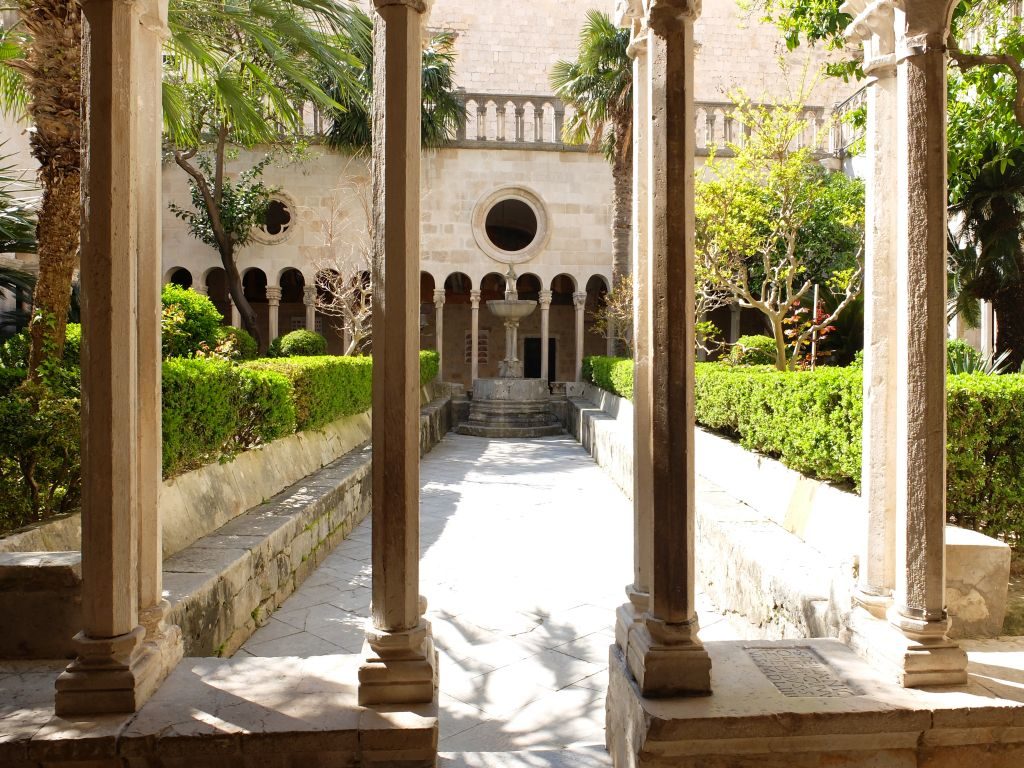 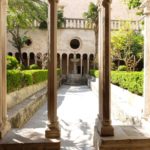 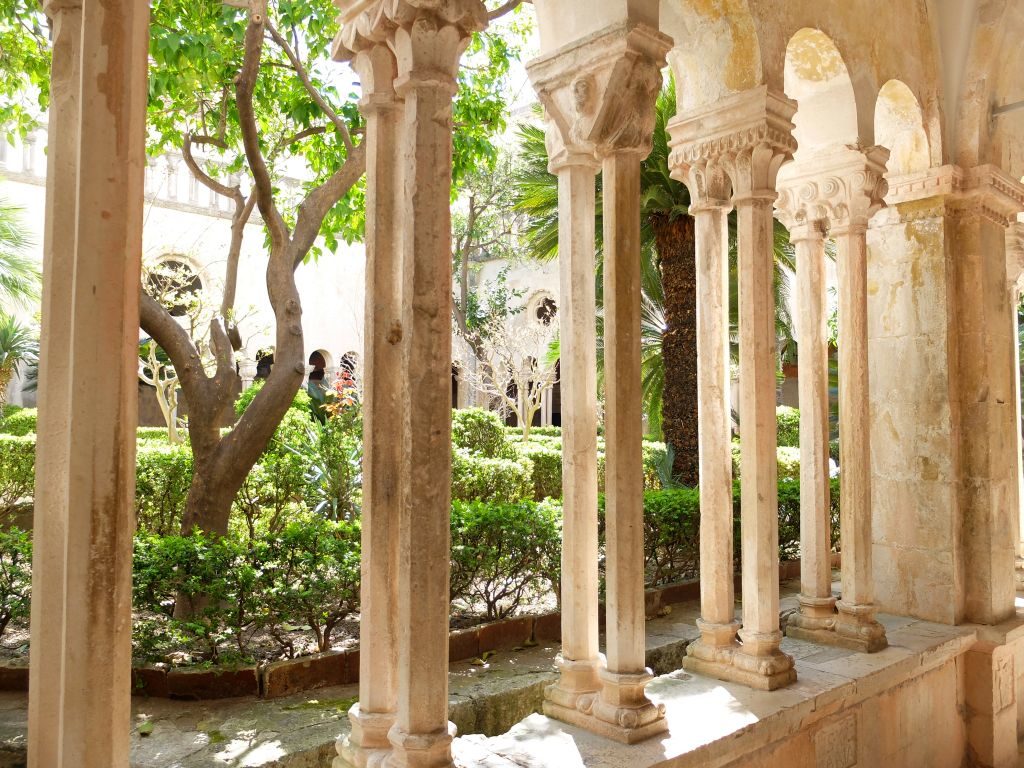 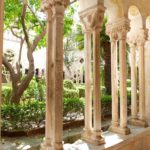 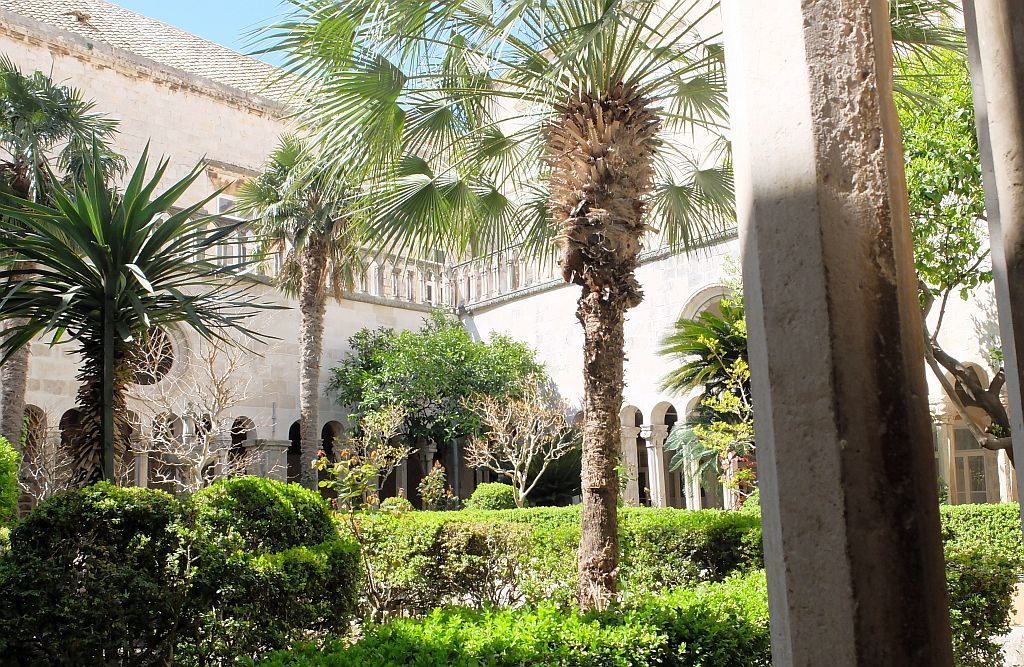 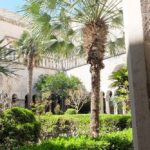 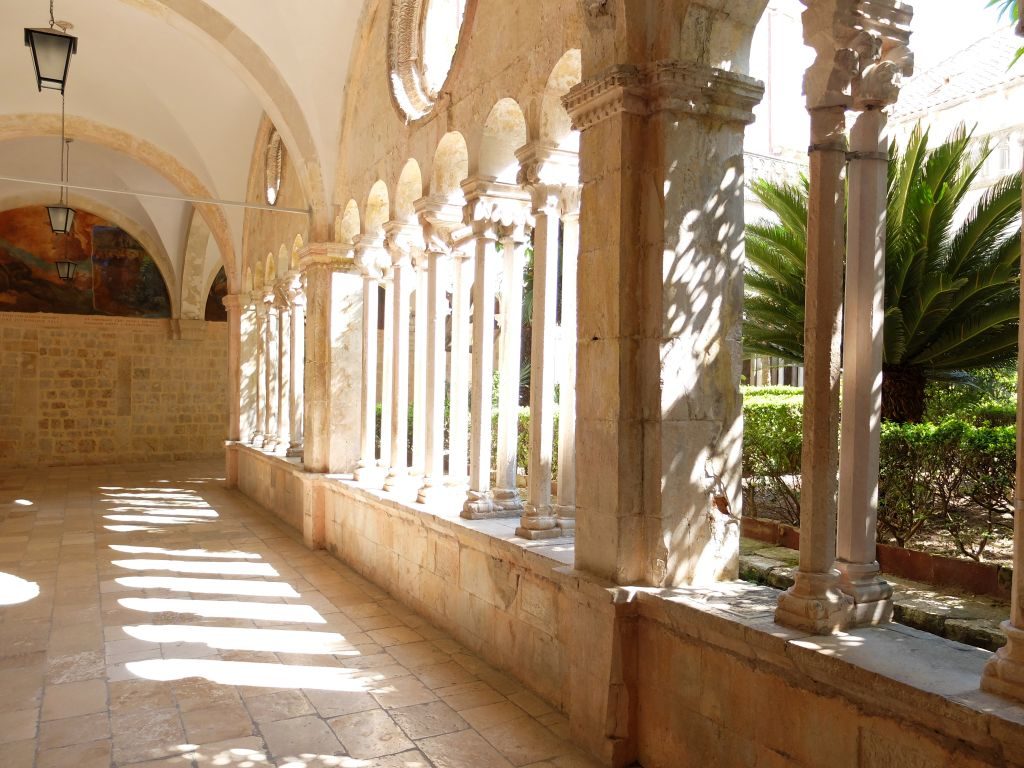 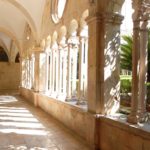 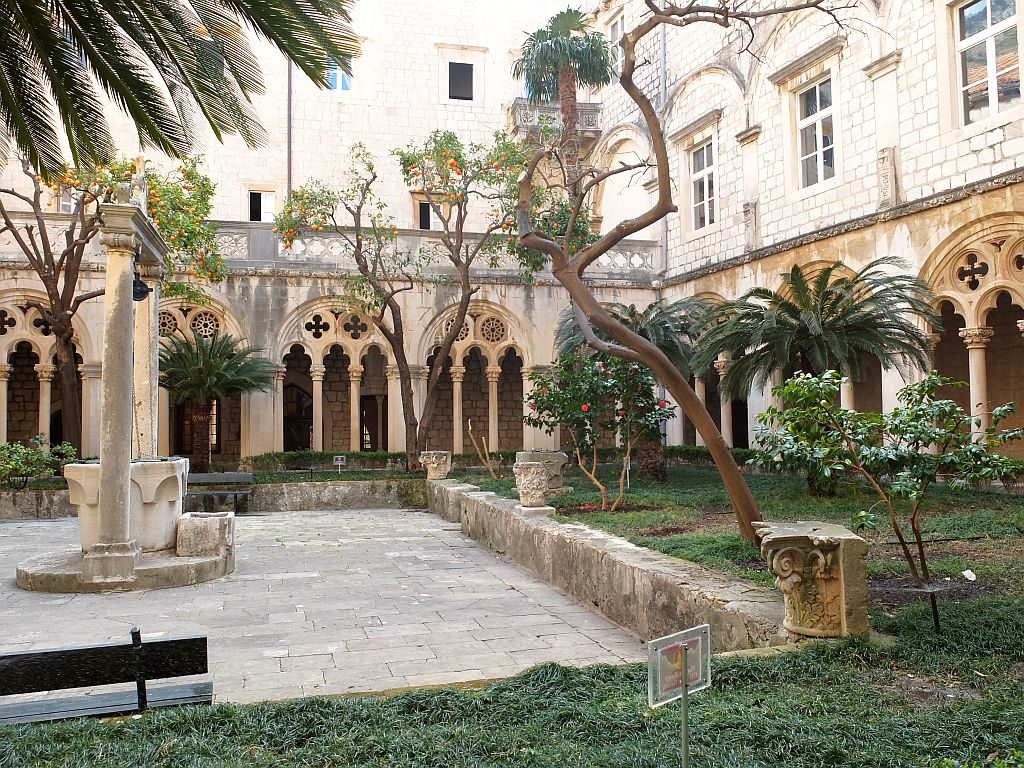 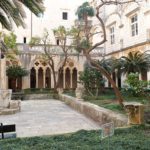 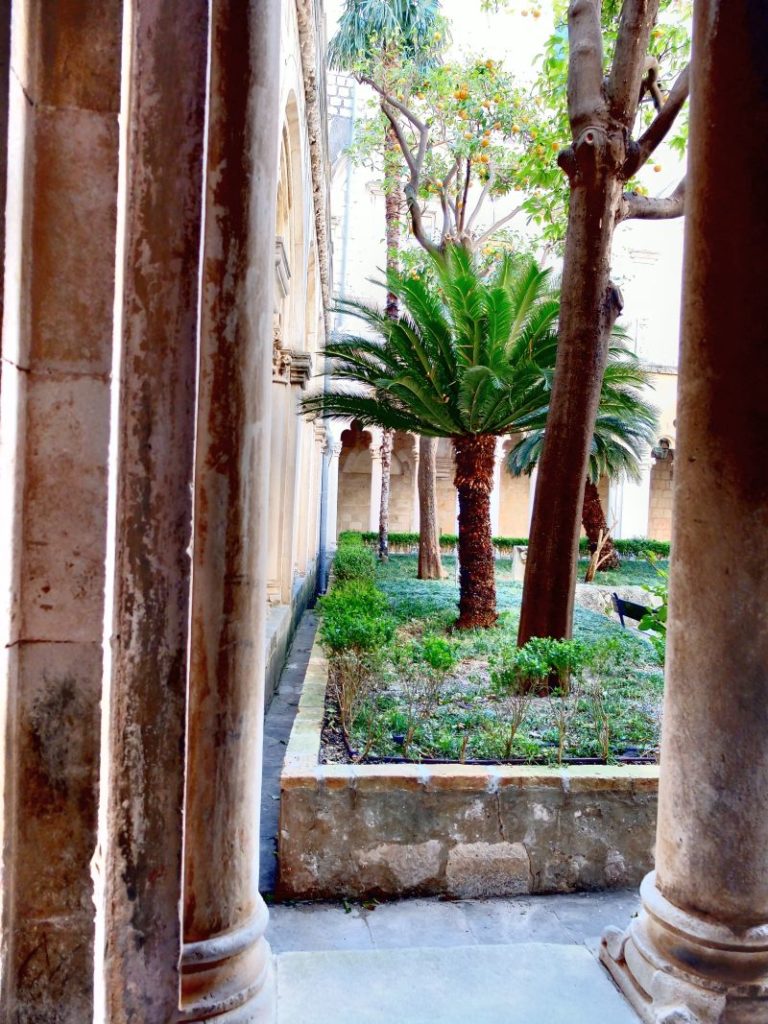 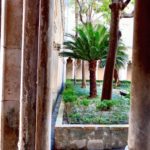 Dubrovnik is home to a number of historical and cultural monuments – It’s most famous is of course the city walls, which draw thousands and thousands of visitors every year. Another great landmark is the Dominican Monastery. Construction first began on the monastery back in 1301. Today, the monastery functions as a museum, where visitors can view a rich array of religious paintings, artifacts, jewellery and other items from Dubrovnik’s history…

Dubrovnik’s Dominican Friary was founded in 1315 and built with the help of the local government and many local and foreign craftsmen. The monastery was constructed against the city wall to strengthen its northeastern flank.

What to See at Dominican Monastery

An impressive stairway with a stone balustrade leads to the south church door, a Romensque work of Bonino of Milan. Above the door is a Romanesque statue of St. Dominic, founder of the Dominican order. In 1419, the door was surrounded by a Gothic ogee arch, surmounted by a statue of Christ.

Inside, the 14th-century church has a wide single nave. A drastic re-design in the 1970s resulted in the complete destruction of the old High Altar and sanctuary. Hanging from the central arch is a splendid rood cross by Paolo Veneziano (c.1300-62), given to the church as a votive offering in 1384. It is said to be one of the largest painted crucifixes in Europe, at 500 cm tall.

The monastery’s Gothic cloister (1456-83) was designed by the Florentine architect Maso di Bartolomeo and crafted by Croatian masons. The graceful triple arches of the cloister surround a peaceful Mediterranean garden.

In the center of the cloister garden is a 14th-century well, which still works. During the 1991 war, several hours each morning were spent drawing water from this well. It is estimated to have provided water to 50 percent of the city’s bombarded population.

The bell tower of the Dominican monastery is a major landmark in the Old City. It was begun in the 16th century and completed in the 18th century.

A major highlight of the monastery is its Dominican Museum (Muzej Dominikanskog Samostana), which displays fine religious art from Dubrovnik, Venice and elsewhere.

Paintings, triptychs, silver church vessels, and a reliquary purportedly containing the skull of King Stephen I of Hungary are part of the museum’s rich collection.

Especially notable among the paintings are St. Blaise, St. Mary Magdalene, the Angel Tobias and the Purchaser by Titian and a 16th-century Annuciation by Niccolo Ragusino of the Dubrovnik school.

Dubrovnik’s Dominican Friary is located off a narrow passageway behind the Sponza Palace leading to the Ploce Gate.

Browse Villas in Croatia
To book Croatia villas: Email:  [email protected],  Tel: UK 0044 (0) 117 409 0850 / USA +1 (0) 914 826 8530,
Browse Croatia Locations
Explore the best Croatia Beaches for your Croatia Holiday…
Check out Things to do in Croatia
Explore the Locations on the Dubrovnik Riviera
Search Flights to Croatia
Check out our Special Offers Page