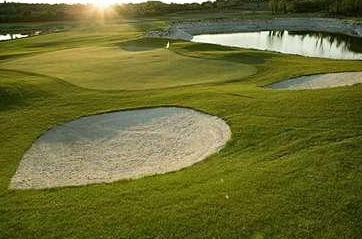 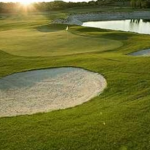 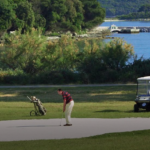 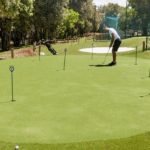 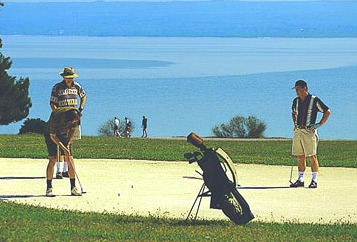 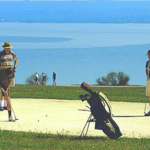 Unlike most golf courses in Europe, here golf can be played all year round

Located at Crveni Vrh close to Savudrija-Salvore and near the city of Umag, the Club is part of the hotel chain Kempinski – According to many golfers, the winding course and almost idyllic landscape, provide the golf club Adriatic course with real charm and challenge.

The Golf Adriatic course was opened in 2009. This is the first professional course with 18 holes, 6,360 meters long, covering some 80 acres. Those with less sporting ambitions have at their disposal a shorter course of 4,690 meters.

This is a driving range where golfers can practice their basic golf swings.
Sports Centre Valeta in Valamar Club Tamaris offers the equipment rental and basic instructions from a certified instructor.

As early as the beginning of the 20th century Brijuni had one of the largest golf courses in Europe. In 1922, the Austrian industrialist Karl Kupelwieser, owner of Brijuni at that time, had a golf course built, which at the beginning of the 1930’s was added to. It was then an 18 hole golf course, 5,742 meters long. Owing to leading American and English architects it was continuously improved so that golf could be played even an hour or two after heavy rain.

Unlike most golf courses in Europe, here golf can be played all year round. The temperature is always pleasant, since even in January it rarely drops below Zero. In winter the cold wind Bora sometime blows, but this will not stop you from enjoying your game. Depending on the amount of rain in summer the grass sometimes turns yellow, however the local rule (moving the ball is allowed) enables you to continue playing golf!