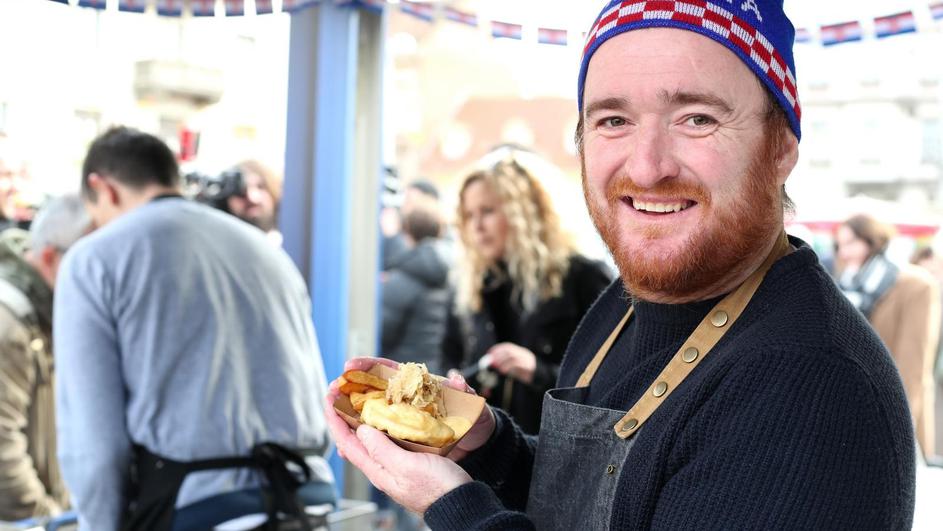 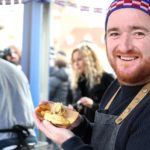 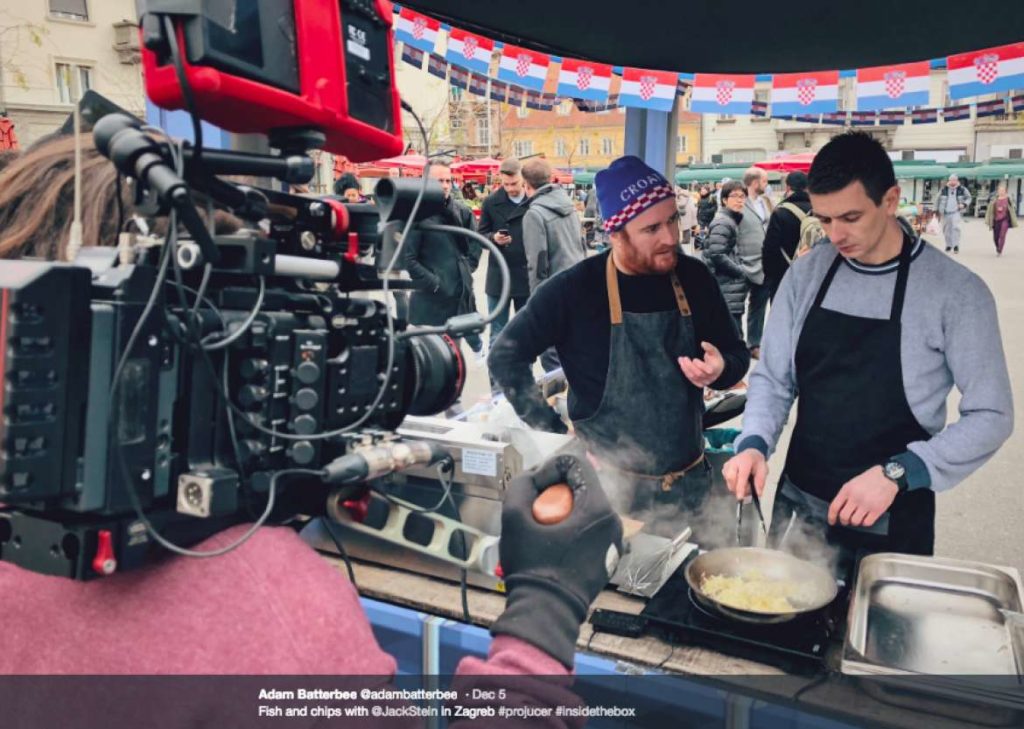 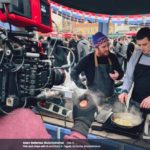 In a boost to Croatia food, Jack Stein has been out and about in Zagreb! Following in his father’s footstep – Jack Stein already has his own ‘food adventure show’ called ‘Inside the Box’ which can be seen on UKTV and also Foxtel.

Given the Brits passion for exotic foreign foods he wondered if it would work in reverse and in the show he visits ten cities to cook some of our favourite British staples.

In conjunction with the Croatian Tourist Board’s Croatia ‘Food Box Day’ and right in time for the start of Zagreb’s famous Advent festivities, Jack set up his kitchen in British Square and along with the Hilton’s Marino Topalovic, he made good old Fish & Chips with a Croatian twist! Battered Local Sea Bass, served with an olive & parsley mayonnaise and pickled cabbage instead of mushy peas. Sounds delicious indeed…

Jack said he was extremely impressed by Zagreb’s Dolac Markets posting a selfie with the largest Gurnard he’d ever seen on his Instagram account – he was quoted as saying:

“I am really enjoying it in Zagreb and Croatia. The welcome and kindness of your people, combined with the beautiful Advent atmosphere, left a special impression on me. I am extremely happy that many of the passers-by stopped to watch what we were doing and at the end try it. Their reaction was excellent and that is the real power of gastronomy, to connect people and culture“.