List of Influential People Born in Croatia Include Emperor Diocletian and Nikola Tesla – Traveling broadens horizons and gets you in touch with new and exciting cultures, we all know that. However, how much did you learn about the people of Croatia while planning your Croatian holiday? For example, who are (were) the most influential Croatians through history in your opinion?

According to Croatian news portal Tportal.hr, one of the leading USA universities, Massachusetts Institute of Technology, recently compiled a list of 11000 persons who had an undeniable influence in the history of the world and sorted them according to their places of birth. Interestingly, the most influential person born in Croatia, or on the territory of today’s Croatia, according to MIT is Roman emperor Diocletian, whose palace is still a major attraction in the city of Split. Many would argue the second one in the list, Nikola Tesla, is perhaps even more influential figure. Other names you might recognize include former ruler of Yugoslavia, Josip Broz Tito, Nobel Prize winner Leopold Ruzicka (chemistry), and Saint Jerome. Along with these historical figures, there are plenty of more recent names from the fields of politics, and of course, sports. Croatian sport stars from MITs list include basketball players like Drazen Petrovic and Toni Kukoc, footballers Davor Suker, Luka Modric, Mario Madzukic, and people like Goran Ivanisevic (tennis), Janica Kostelic (skiing), or Ivano Balic (Handball). Who is the most famous Croatian you know?

Our recommended Restaurants in Croatia 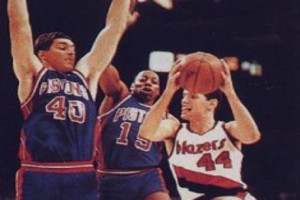