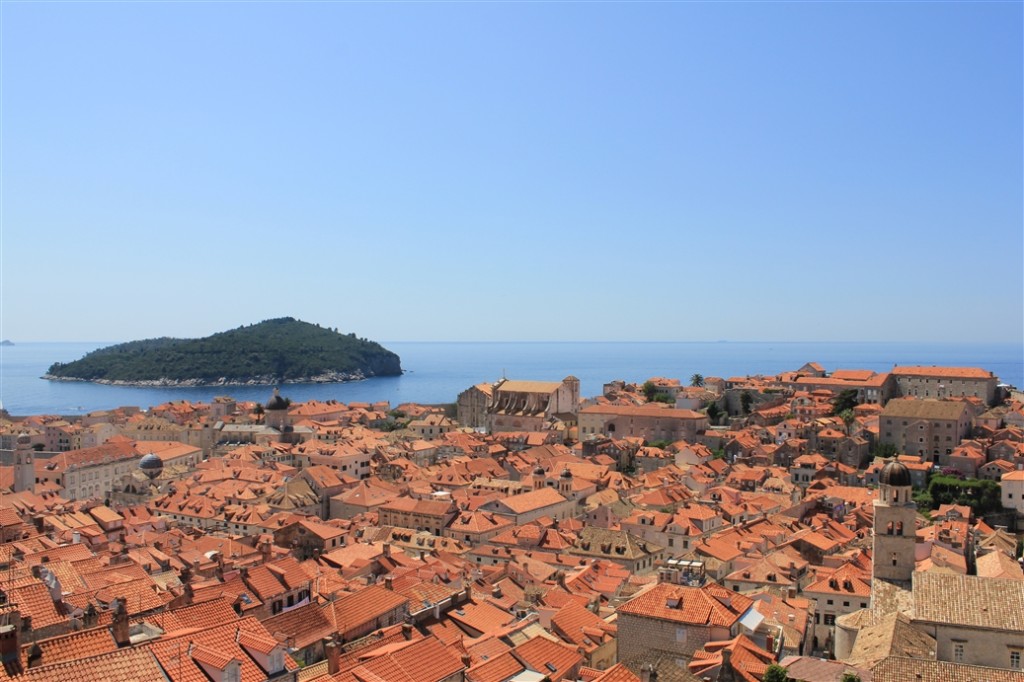 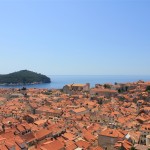 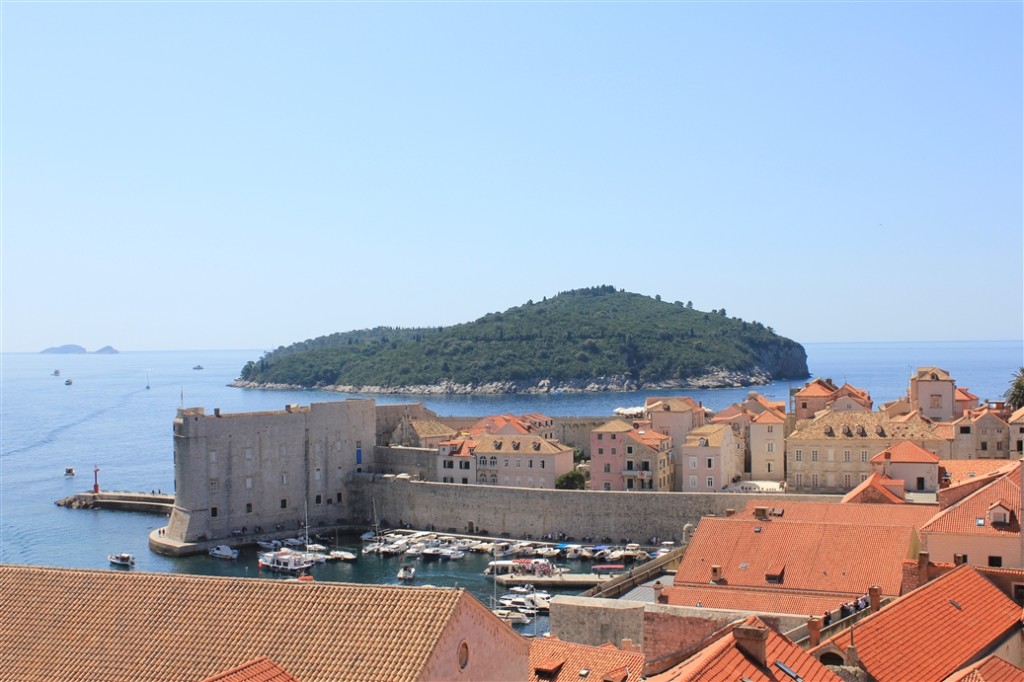 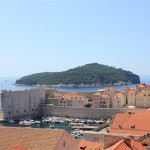 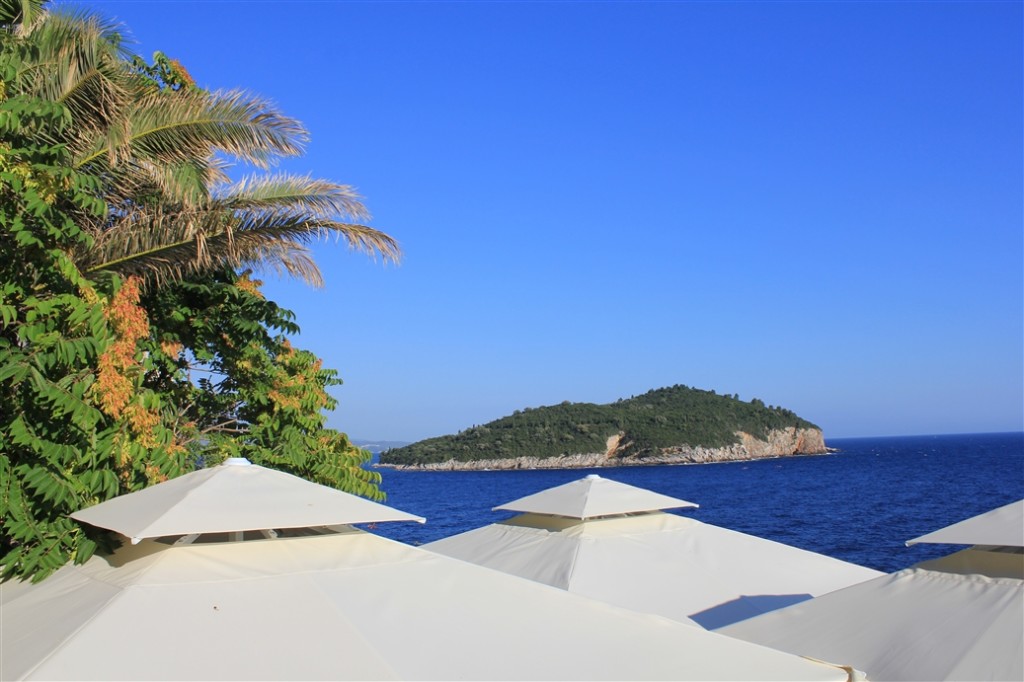 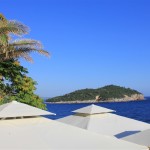 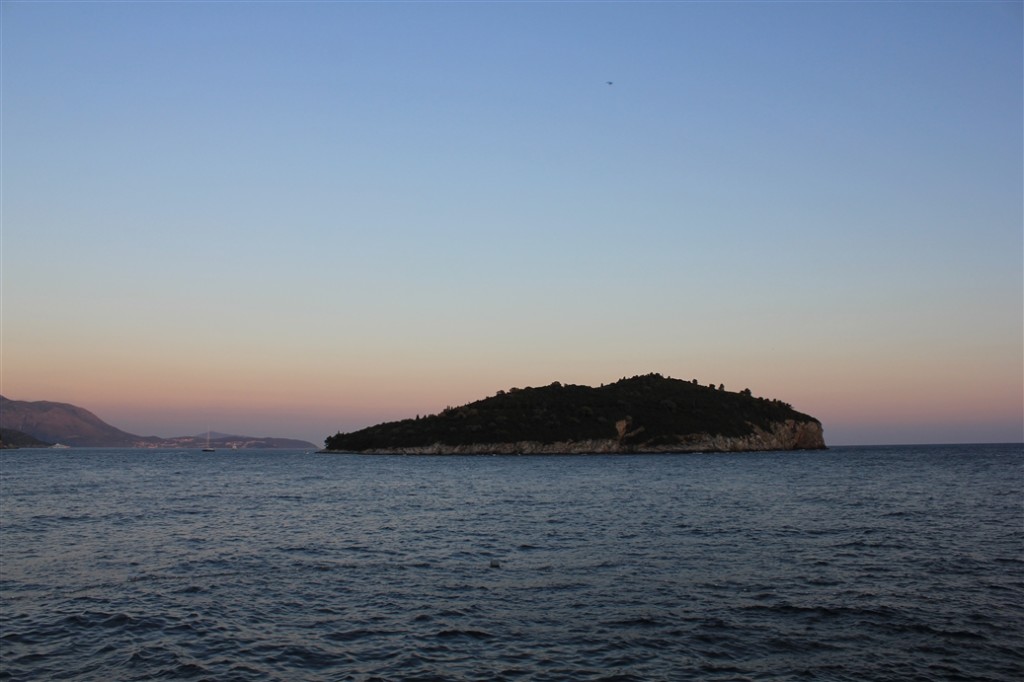 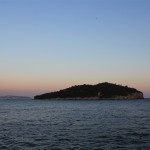 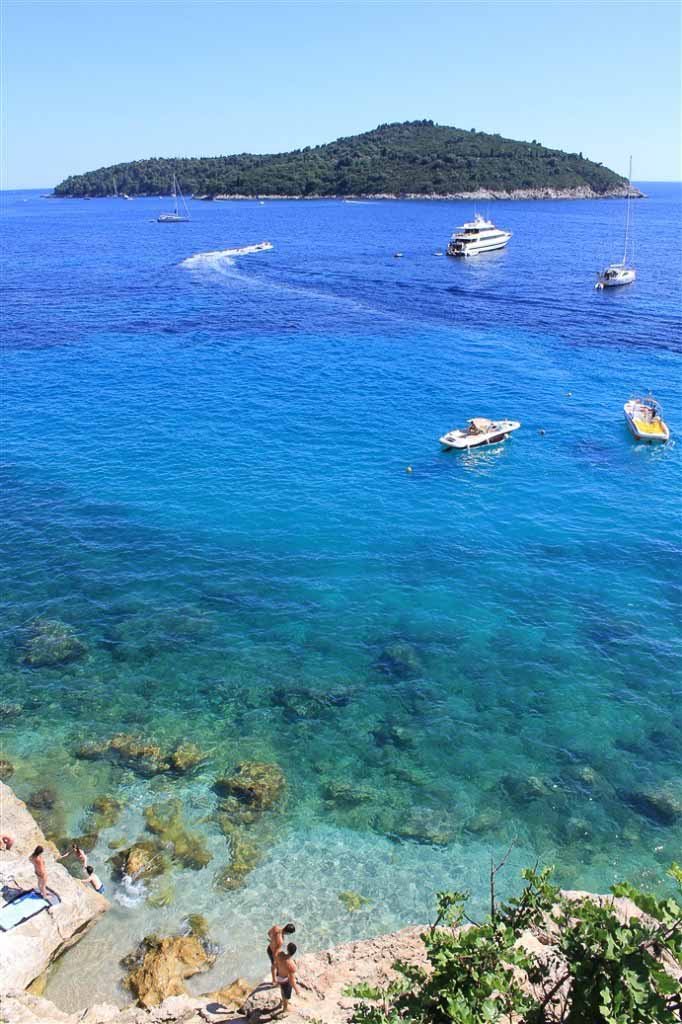 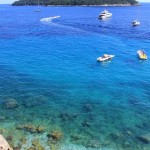 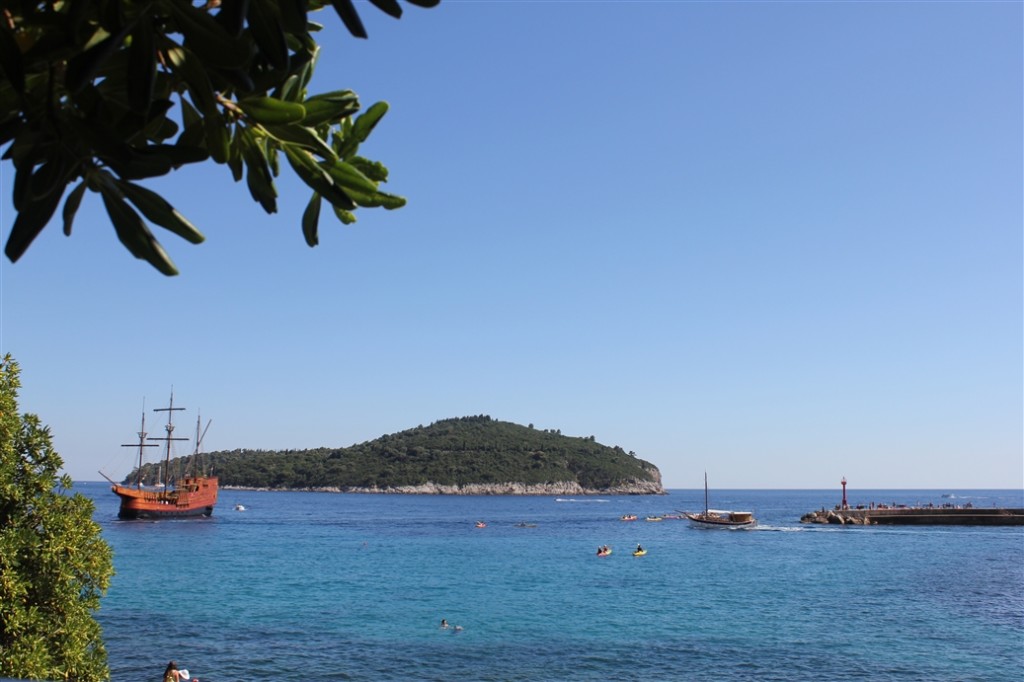 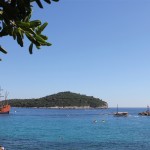 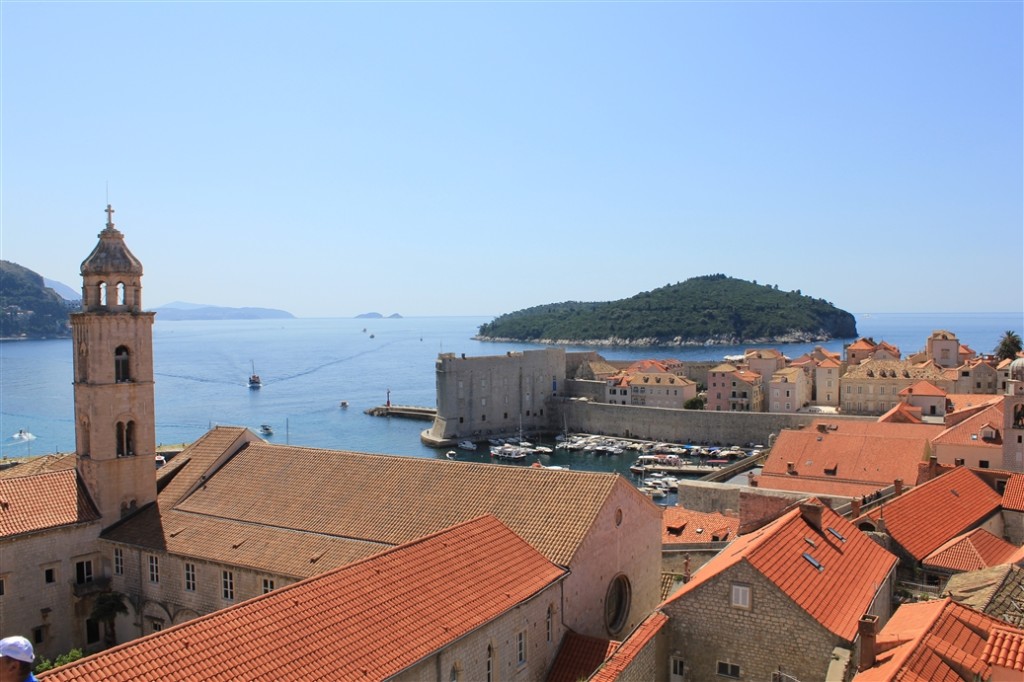 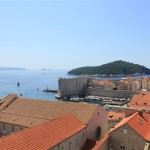 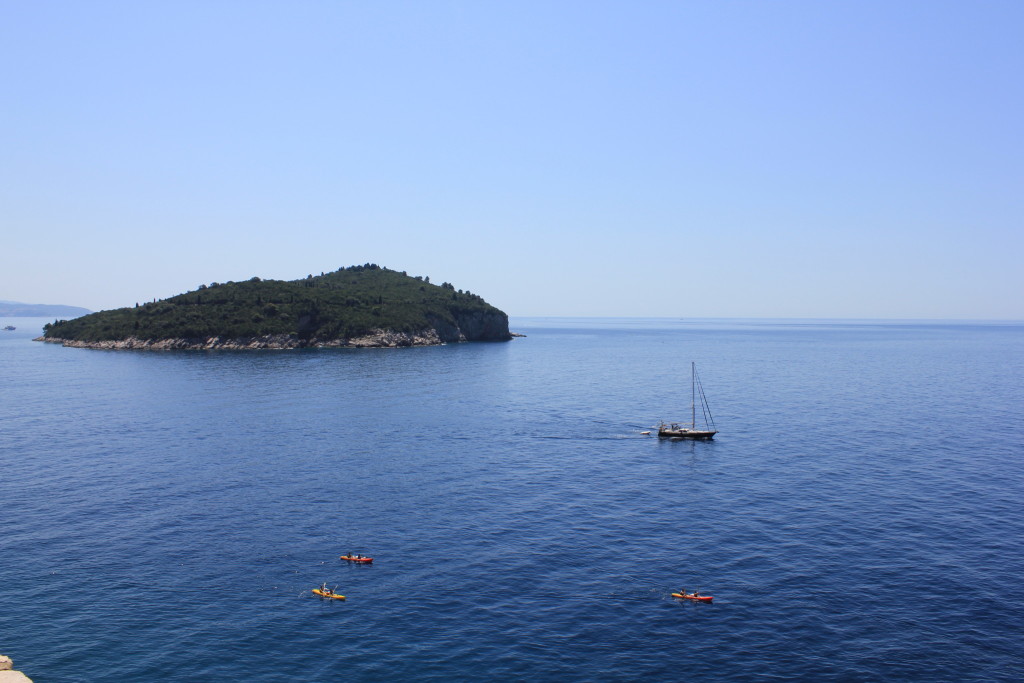 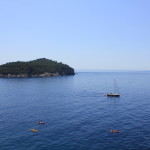 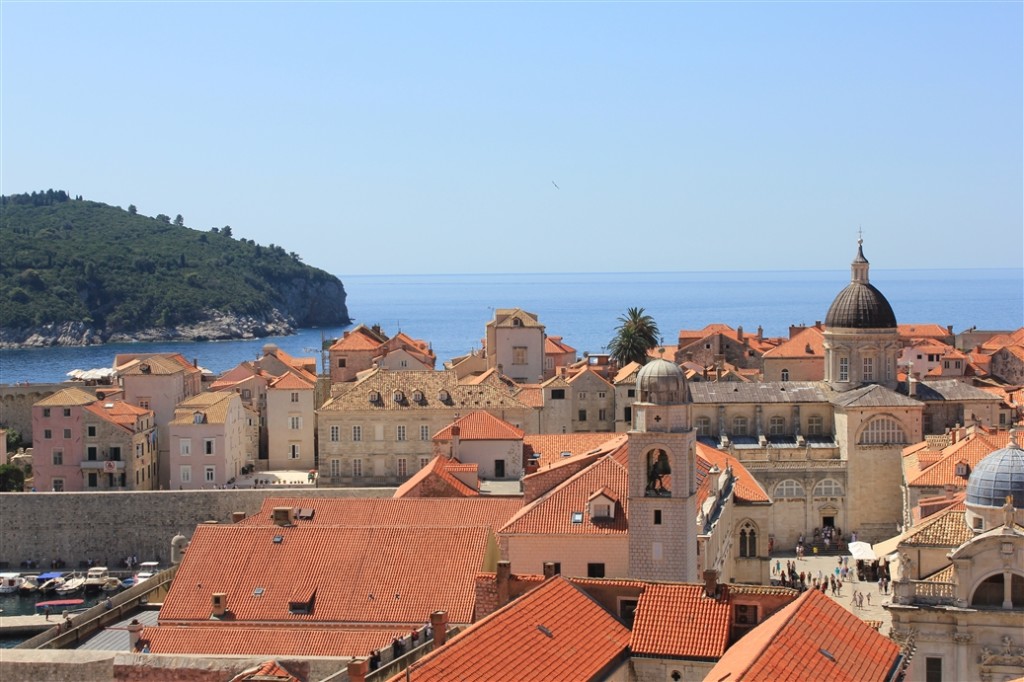 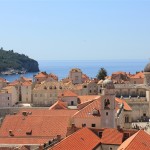 Lokrum Island is a great get-away from the mainland – escape by water taxi from Dubrovnik Old Town’s harbour – Just a 10 minute hop across to Lokrum, numbers are limited on the island so it’s  never really busy.

With an interesting history and beautiful botanical gardens, there’s lots to explore on the island. A Benedictine Monastery was founded here in 1023 and the island was names after its tradition of growing exotic fruit. Legend has it that Richard the Lionheart was shipwrecked here in 1192 when he returning home from the Crusades and Archduke Maximilian Ferdinand of Habsburg built a fabulous mansion on the island – in fact the peacocks you see wandering around the island were brought over by Maximilian orginally. There is a beautiful botanical garden on the island which includes local plants aswell as those brought in from further afield, tropical and subtropical plants. Find the interior lake and see some peacocks, have lunch and then flake out by the sea until the last boat back to shore … Regular boats from the old town harbour run during Spring and Autumn every hour and during the summer time every half and hour to the island. Just don’t get left on the island as local legend say that it’s haunted!