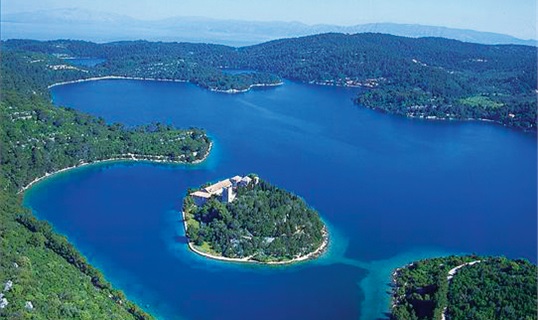 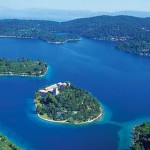 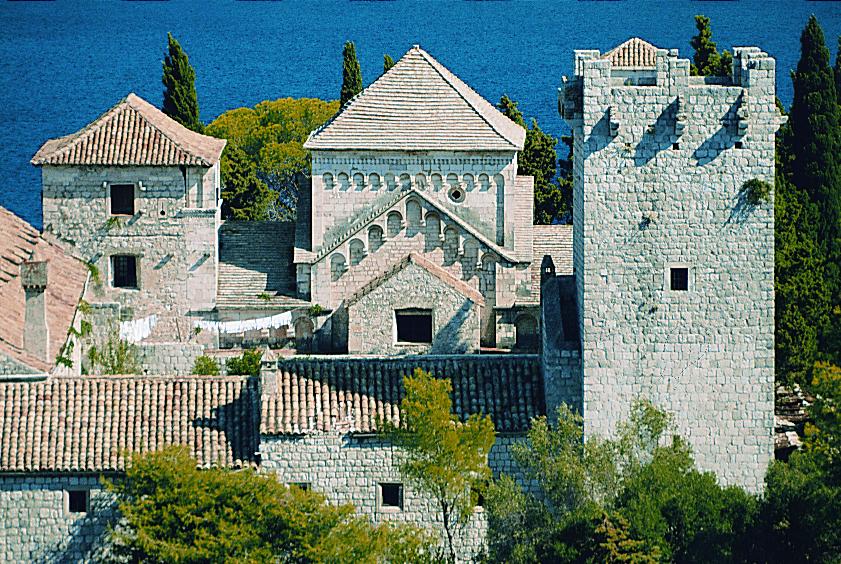 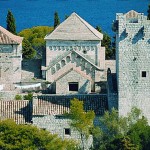 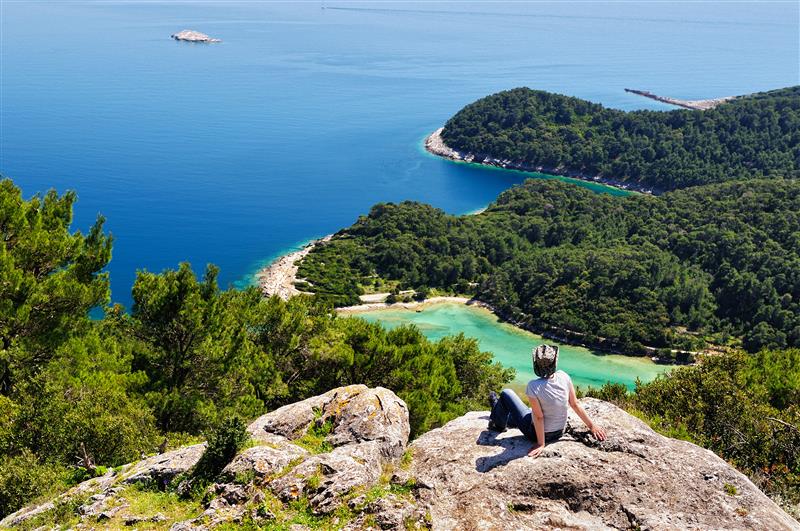 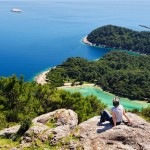 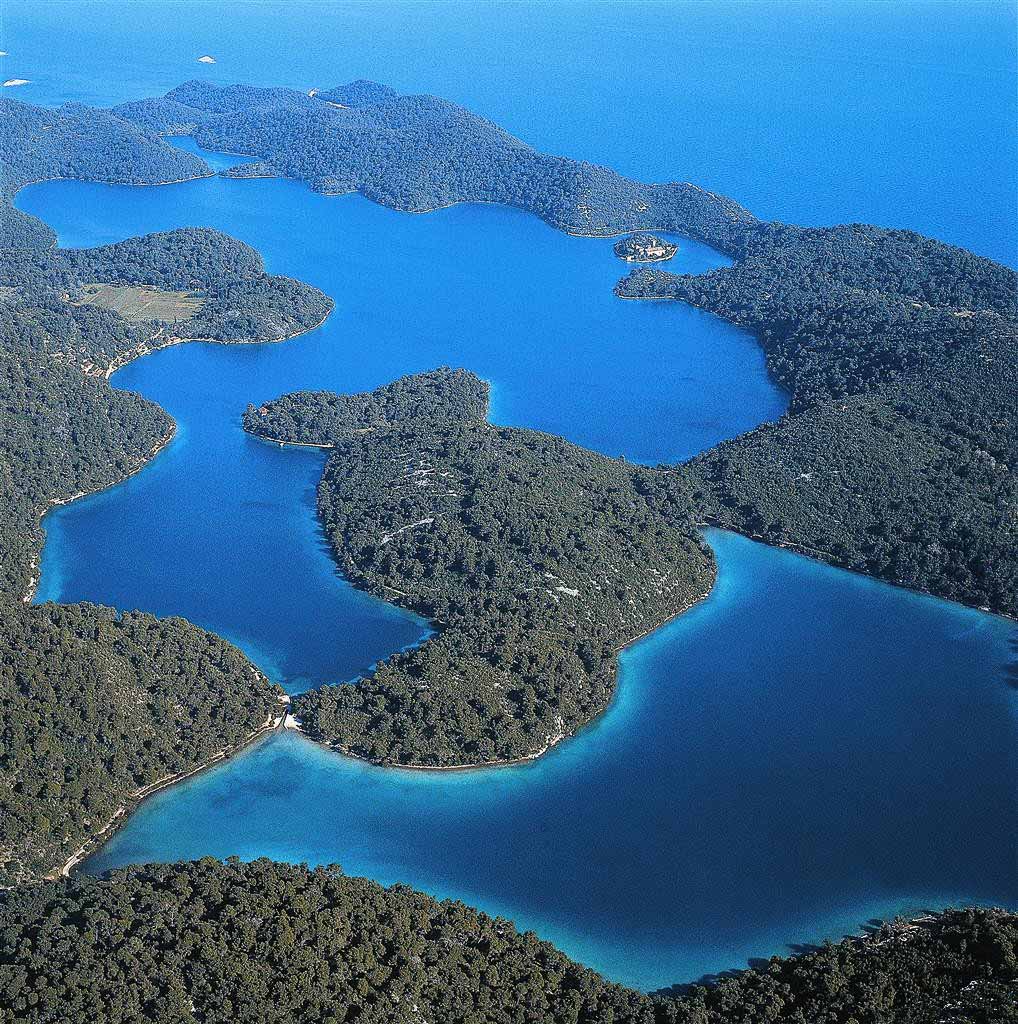 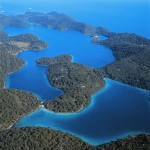 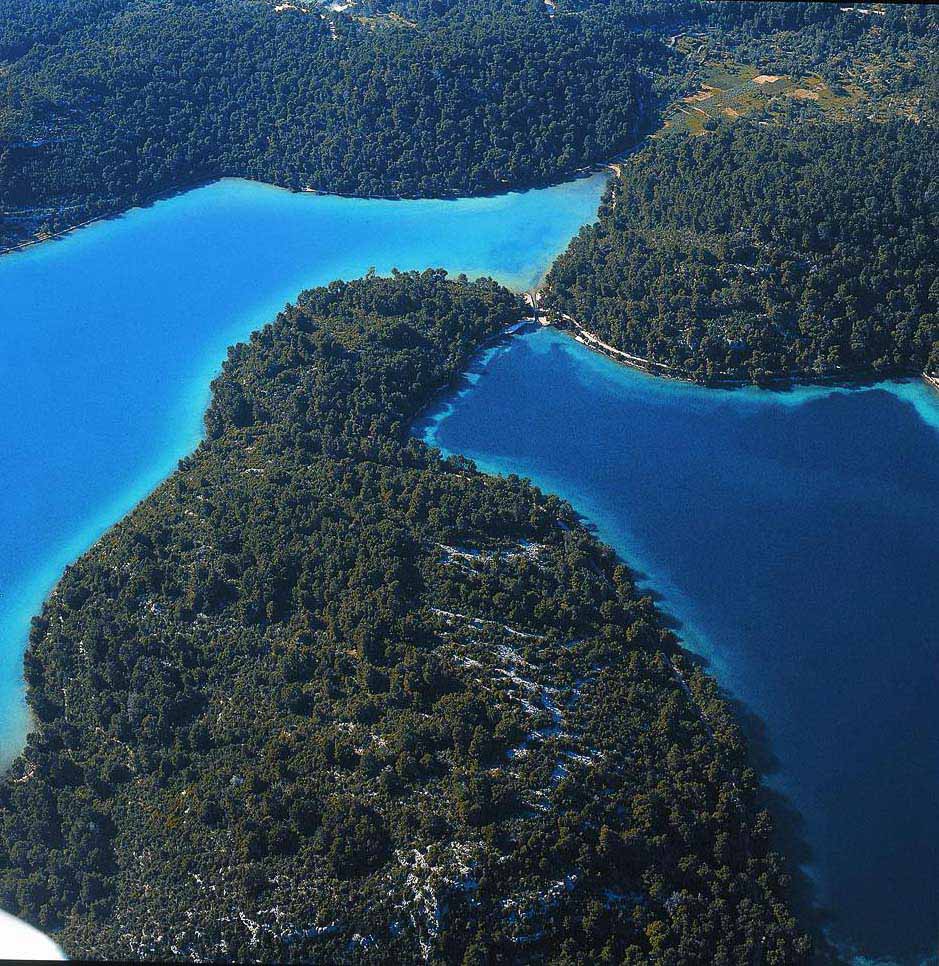 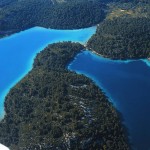 Mljet Island is famous for its natural beauty and one part of it is a national park -It’s a wonderful place to visit for the day or to stay on for a week – how much relaxation can you take?

You can reach it by catamaran from Dubrovnik – one goes everyday and then takes you back at the end of the day. You can also get there by ferry from Trstenik on the Peljesac Peninsula. You don’t need a car as you can hire scooters once you get there. Get there early in case there’s a queue for the ferry! Ask at the tourist office for information about the national park and things to do on the island before you go to make the most of your visit.

The most famous location on the island of Mljet is the  area of the 2 connected salty lakes and in the centre of the island. In the middle of one there is a smaller forested island with a Benedictine monastery. Roman remains of a palace from the 2nd century are also to be found in the Bay of Polace and there’s also the remains of a 4th century Christian Basilica.

Just following the walking paths brings you to stunning sight seeing points. Mljet is definitely worth a trip. Hiring kayaks on the lake is worth doing… And at the other end of the island is the wonderful beach of Saplunara. But there are many interesting places with stunning views all around the island. Ancient Greek poet Homer wrote about it in “Odysee” and it is even mentioned by Apostle Paul as he traveled through the Croatian islands on his way back to Rome.