by Bozidar Jukic – During March Dubrovnik was host to none other than the mighty Star Wars filming in Dubrovnik – the Star Wars franchise, filming for Star Wars Episode 8, was done at some of the most interesting and most recognizable locations in Dubrovnik‘s Old City Centre – Bozidar Jukic, one of our Dubrovnik based Local Reps in Croatia tells us more!

It was quite a shock for many of Dubrovnik locals when the first rumours started going around about Star Wars filming in Dubrovnik connecting the city with the most powerful sci-fi saga in the world. However, the story potentially had validity from the start seeing how Dubrovnik is a popular choice for many international and domestic productions. Lately, the most attractive projects to use this medieval city as the perfect backdrop for their stories are HBO’s Game of Thrones series and Fan – new Bollywood blockbuster staring the biggest Indian action star Shah Rukh Khan.

Luckily for the army of Star Wars fans, initial rumours turned out to be true and the filming was finally confirmed. Well, it wasn’t actually confirmed. The filming for the movie Space Bears produced by filming company Space Bear Industries was confirmed, but it’s very easy to find out the company is tied to Star Wars production and their project in Dubrovnik was head by Rian Johnson, the director of Star Wars Episode 8.

The filming transformed some of Dubrovnik’s streets and landmarks turning it into a sci-fi fantasy setting during the few weeks of preparation and just over a week of filming. Locals and visitors enjoying their Dubrovnik holiday took advantage of a once in a lifetime opportunity to walk the sets of their favourite movie franchise as the public areas used for filming were open to the public all through the preparation and for parts of the days the filming went on.

What’s especially intriguing is the fact most of the sets were built by just slightly modifying the existing city landmarks. This mean the final product, even with all the Hollywood movie magic, should still show enough actual Dubrovnik on screen people will be able to recognize the settings of Episode 8 when they travel to this, most popular of Croatian holiday destinations.

Check out Things To Do in Dubrovnik 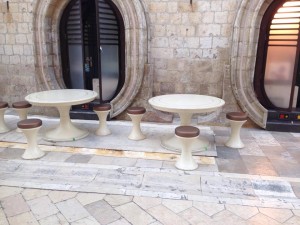 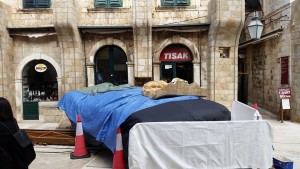 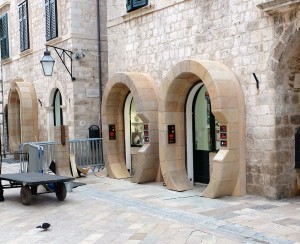