New management of Zagreb airport, Pleso, has announced plans for 2014 which include increase in number of passengers by 8%. Capital city’s airport is a very important hub for passengers continuing their journey towards Croatian coast, and is often a stop on flights to Dubrovnik.

Balkans.com brings us a story of airport’s business plans and emphasizes the role of Croatia Airlines could come under threat. This national carrier is undergoing privatisation and is struggling to attract investors. Management of the Airport Pleso have offered them a grace period of six months before starting a hunt for foreign carriers who are interested in Croatian market, with main focus being on low cost airlines. Croatia Airlines enjoyed government backing in the past 20 something years, but the new market conditions are forcing them into private sector where rules of the game are changing.

The changes that are currently happening on Pleso arport might have larger or smaller consequences for the balance of power in the passenger flights market, but it seems likely passengers can look forward to more flights to Croatia and probably cheaper airline tickets. 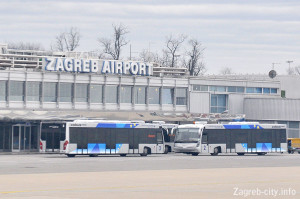